Any good exercises for Yogic levitation

Pdfs texts links for techniques will be appreciated 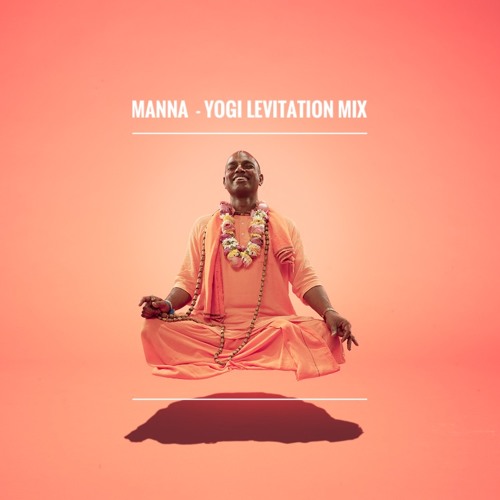 http://oaks.nvg.org/levitation.html
Check this out. Super great post that will help.

yes i would suggest a dmt hit or 3 before practicing yoga, and breath deeply :)

This is not gonna happen. I'm from India, I know. It's a hoax. Work to get a lucid dream. And that's possible.

Stop dreaming cause ti's gonna never happen. I know well &that's cause I'm from the lands of yogic discoveries the land where the technique of yoga took a birth several hundreds years ago, 'INDIA' &I think no one else can ever explain the whole thing to you just as I did. Long story short never believe on myths.

Best site for free Bitcoin, with ads and offers!!! Withdraw direct to your wallet with very low fees!! give a try!!
https://www.coinpayu.com/?r=afitis

What are these techniques my dear friend

It is claimed that this phenomenon can be done by Buddhist monks, yogis and medyuns with mystical personalities. Persons with psychic ability can perform levitation. They can hold themselves in the air as well as lift the envelope in the air. ** https://en.wikipedia.org/wiki/Stanis%C5%82awa_Tomczyk

http://oaks.nvg.org/levitation.html
I think this will be good for u.

Yoga is a physical, mental and spiritual practice that originated in India. It tries to achieve tranquility in mind and soul through yoga, poses and meditation. Although it is applied physically, its benefits show mental and spiritual effects. So yoga is a journey that you will take with your mind and body. Yoga is analogous to "journey" because, in yoga teaching, students go through the following 8 stages:

Yama: The first step of the yoga journey consisting of eight steps and known as withdrawal, the patch consists of universal moral disciplines such as not doing harm, righteousness, not stealing, and controlling the self.

Pranayama: The fourth step is about breathing. Breath is considered as life energy in yoga. The pranayama step includes awareness of the breath, or life energy.

Dharana: This step is associated with concentration and focus.

Dhyana: Dhyana, the seventh step of the yoga journey, is also called meditation.

Samadhi: The last step, the enlightenment step, is called Samadhi. In this step, also known as liberation, it is aimed to unite the object of meditation and consciousness.

https://www.youtube.com/watch?v=rt1bsoOukjI
just see this video and you will get the anwser!

Sun Salutation - Surya Namaskar - The Perfect Yoga Workout
If you are pressed for time and looking for a single mantra to stay fit, here’s the answer: a sequence of 12 powerful yoga asanas (postures) that provide a good cardiovascular workout in the form of Surya Namaskar. Literally translating as “Sun Salutation”, Surya Namaskars are a good way to keep the body in shape and the mind calm and healthy.

Surya Namaskar is best done early morning on an empty stomach. Let’s begin with these simple yet effective Sun Salutation steps on our way to good health.

Each round of Sun Salutation consists of two sets, and each set is composed of 12 yoga poses. You might find several versions on how to practice Sun Salutation. However, it is best to stick to one particular version and practice it regularly for best results.

Besides good health, Surya Namaskar also provides an opportunity to express gratitude to the sun for sustaining life on this planet, For the next 10 days, start your day with a feeling of grace and gratitude towards the sun energy. Do 12 rounds of Sun Salutation, ollowed by other yoga poses and then rest deeply in yoga nidra. You might just find that this could be your mantra to stay fit, happy and peaceful throughout the day.

Refer to this link for more details: https://www.artofliving.org/sun-salutation

I think YOGA is the healtiest and very useful exercise for human kind. all must shoud do everyday in the morning.

Do Yoga as it is the best exercise. It will bring you comfort

Hmmm...Yoga is good alternative for antistress

Check this out it may help you bro
https://vedicfeed.com/how-did-yogis-float-in-the-air-the-art-of-levitation/

Unless you have become as next to God as St. Teresa de Avila, who is reported to have achieved it it isn't going to happen. We are not going to to it unless parasail off a cliff.😈

yes !! look into hymanlayan yoga breathing stretch's you will be amazed

I describe the Answering this Question About this earning And Learnung